Choose your region to schedule a demo.

In 2014, the Ministry of Health in New South Wales, Australia’s most populous state, decided to separate non-emergency medical transport services from emergency medical services as part of its Reform Plan for NSW Ambulance. A new entity, called NSW Health Patient Transport Service (PTS), was created to handle the nonemergent calls in the Sydney metro area and allow the existing EMS agency, NSW Ambulance, to focus almost exclusively on emergency response and transport. With eight other neighboring health districts each still operating their own non-emergency transport services, the plan also led to the creation of the Greater Metropolitan Booking Hub. The booking hub would centralize the scheduling and coordination of non-emergency transport among the nine services and give leaders a better picture of resource utilization and overall performance. 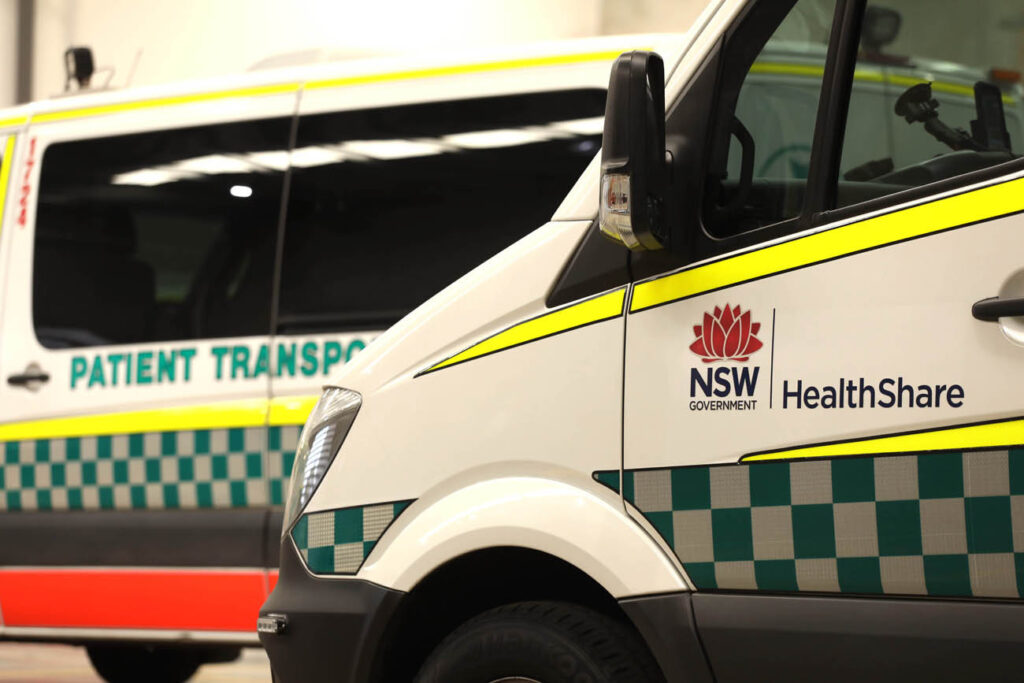 In its early days, the Greater Metropolitan Booking Hub received around 800 requests for transports each day—and each was scheduled manually. At the time, multiple services still performed the transports, with more than a dozen different configurations of vehicles and capabilities. It was up to the dispatch team in an office to determine which patient transport vehicle went where, and when. A significant percentage of non-emergency transports were still being handled by the emergency ambulance service, an inefficient use of valuable resources.

PTS leaders recognized that as the organization grew to serve more regions and adapt to expanding need, simply adding more personnel in the Booking Hub wouldn’t solve the problem. In fact, it would always be a struggle for dispatchers to track the capabilities of each unit, where it was located, when it would be available—and then pair it with the right patient transport request—especially since the central booking hub in metro Sydney now also supported regional satellite dispatch centers across New South Wales.

One of the first steps was to take advantage of technology to handle routine scheduling and dispatching. PTS implemented Logis IDS CAD, which takes a request; reviews the capabilities, availability and location of patient transport vehicles and other resources; and schedules the transport. This auto-scheduling, based on rules defined by PTS, allows the booking hub team to focus on any transports that fell outside the norm and on communicating with the hospitals and other facilities they served, rather than making each assignment.

“As CAD auto scheduled it allowed the team to focus more on exception management and being responsive to our customer needs from a patient flow perspective,” de Beer says.

The implementation of the reform plan—including the centralization of non-emergent transport scheduling, the use of auto-scheduling and other technology to better deploy and manage resources and the consolidation of multiple services—helped reduce the percentage of non-emergent calls turned over to the emergency ambulance fleet from over 15% to below 1%. Even as the total number of requests for non-emergency transports increased, the burden on the emergency ambulance service was lifted, freeing up those clinicians and their fleet to respond to life-threatening events.

Another step toward improving efficiency and quality was making it as easy as possible for the clinicians in hospitals and other healthcare settings to request transport and track the status of that request. Rather than adding another system for providers to access and learn, PTS was able to integrate its CAD with the existing patient flow portal used by NSW Health facilities. That meant fewer phone calls and fewer opportunities for miscommunication, helping dispatchers focus on making sure operations were running smoothly.

It also increased transparency because the system offered two-way visibility, meaning hospital “customers” could readily track their request for service, watching in near real-time the status of the ambulance and patient.

“Logis has never tried to be everything to everyone, so with the open APIs they built into the CAD and the ability to integrate into a variety of different systems, we integrated with our existing text message system,” explains Melanie Frost, former associate director of PTS. ”So that allowed us to interact with our hospital customers and send out automated text messages letting them know our demand level.”

That level of information sharing also means giving providers a much more precise way of knowing exactly when a patient will be transported to another facility. That knowledge allows them to better plan the patient’s care in a number of ways, such as timing analgesics to manage pain during transport and providing the receiving facility an accurate arrival time.

PTS’s leaders credit other features of their Logis CAD, such as enhanced data and analytics capabilities and its mobile interface, with helping the system get off the ground in 2014 and continuing to serve customers effectively today. But as important as the technology, they point out, is the partnership between their team and the team at Logis.

Stay in the Loop

Join our newsletter for the latest user stories, best practices, and announcements.